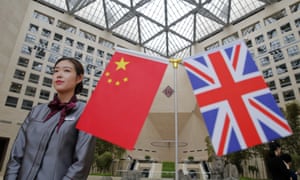 Essential reading for all economics students. China is an increasingly important provider of finance for the UK economy – helping to offset our rather hefty current account deficit. The article explores the diverse nature of Chinese investment, why the UK is attractive opportunity, and why money from China is still treated with caution.

The Monetary Policy Committee has thrown the kitchen sink at the stuttering UK economy. But the governor knows he’s not Superman.

The cut in the bank rate, the first in 7 seven years and at the lowest rate in history, demonstrates that the Bank of England is not particularly confident about UK economic prospects. With falling confidence indicators, such as the Purchasing Managers’ Index (PMI), as a result of the uncertainty caused by Brexit, the Bank has acted quickly to loosen monetary policy to encourage spending by both households and firms. Lower rates reduce the incentive to save and encourage borrowing as the reward for the former falls and the cost of the latter decreases. However, will a 0.25% cut make a real difference? Rates were already at a historic low – will we see negative rates, used by Japan, ECB, Sweden, for this first time in B of E history? Either way, growth forecasts have been slashed, as predicted by most economists prior to the Brexit vote. In the short-term, at least Brexit appears to be making the country worse off than it would have been otherwise. Long-term, well time will tell.

The Economist starts its series of economics briefs with information asymmetry, its beauty lies in its simplicity. Very recently my car failed its MOT. The garage called to say repairs would cost £580 – seeking to exploit my imperfect knowledge of prices and the mechanics of my car. A few phone calls later and I managed to find a local garage willing to do the same repairs for £400. A return call to the original garage found that they would match the price, a saving of £180. I suspect many would not have bothered, I almost said “go ahead” myself, converting consumer surplus into producer surplus in the process. George Akerlof, in his seminal work ‘The market for lemons’, explains that information asymmetry is a very common cause of market failure, when economic thinking at the time was that buyers and sellers had sufficient access to information to make rational decisions, clearly rubbish.